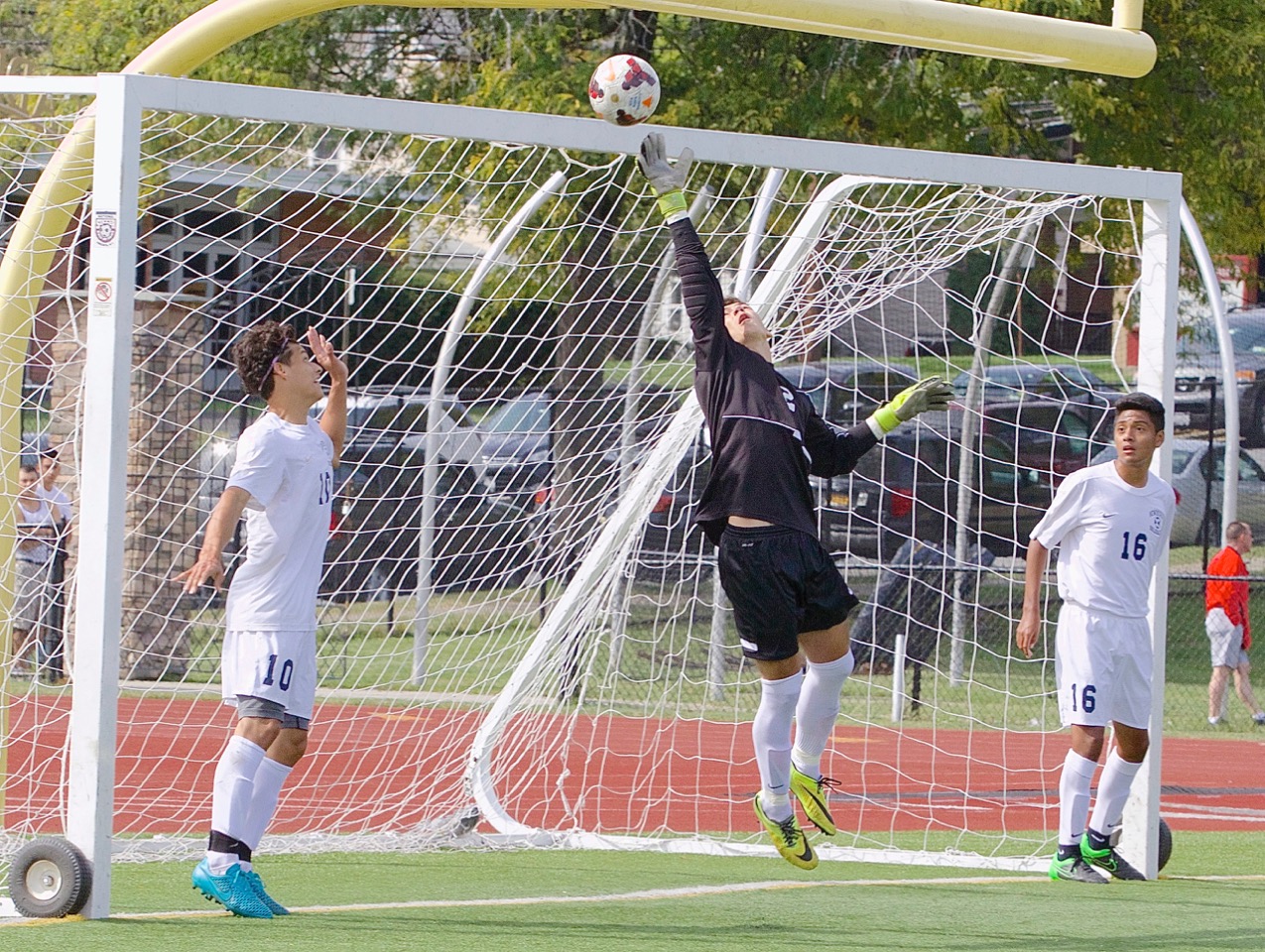 The game is tied. Only a few minutes remain. The Red Bulls have dominated the pace of play, but have only been able to score one goal.

Ronald Jones, the Earthquakes keeper, has made save after miraculous save to keep the game tied. As the final seconds elapse, the Red Bulls make one final push for the winning goal.

Vince Alvarez and Sonny Brighton have been slicing through the Earthquakes defense at will, leaving Ronald Jones vulnerable, exposed with the game in the balance. Without Jones’ heroics, the game would be a whitewash. The athletic, spry, commanding keeper has been stout off his line, snuffing out cross and knifing cross from the Red Bulls attackers. In the second half alone, Jones has made stunning saves that defy all explanation, stretching his body to deflect a  bending chance around the far post or dangerously snatching the ball — without fear or apprehension — from the feet of the crafty, surgical forward pairing of Alvarez and Brighton.

As the final whistle blew, every player including the opposition went to congratulate Jones. The crowd stood at full throat, acknowledging the remarkable achievements of Ronald Jones — goalkeeper.

I’ve coached youth soccer for five years. As any of our teams prepped for a season, most players longed to put the ball in the net – scoring goals was why they were there or why Mom and Dad pushed them out onto the grassy field.

When it came time to find a goalkeeper, the silence was painful. While the question, “Does anyone want to play goalkeeper?” hung in the dense air, kids kicked at the dirt, pretended to track a bird flying overhead — anything but show even a fraction of interest in playing keeper.

As a former goalkeeper and passionate student of the position, this is painfully frustrating. Yes, goalkeeping is a tough position to play in soccer. Every goal that crosses your line wants to crush your spirit. The most painful walk as a keeper is to dig the ball from the back of your net. Despite the refrain of “a goal is the team’s fault — not yours,” you beat yourself up about why you couldn’t stretch a little farther or react a touch quicker.

I am on a crusade to redefine goalkeeping. Goalkeeper is a leadership position. Tim Howard, Brad Guzan, Brad Friedel, Tony Meola — past and present USA keepers — all leaders. Peter Shilton, Mannes Neuer, Petr Cech, Guinluggi Buffon — past and present international keepers — all leaders. Think of the unique and valuable vantage point you have as the ‘last line of defense’. You’ve the incredible responsibility of directing your defense to deny to opposing attack.

You are a master communicator, sensing the moment to encourage a team that shows defeat and resignation or emboldening a confident team to stay strong, resolute, fierce.

Parents of soccer players around the world: playing goalkeeper is not a punishment. You are being asked to play because the team trusts you when the light shines brightest. Like Ronald Jones, the Earthquakes keeper, or stars  such as Tony Meola, or Tim Howard, you are poised and capable of making a game-changing save when the team needs it most.

I have a dream. Next season, when the team gathers for the first practice, and I toss the following question into late summer air, “OK guys — we need a goalkeeper — who wants to play?” I am stunned when I see every hand shoot straight up like a rocket destined for flight.

Until next time,
Dan Naden

Skip back to main navigation

1 thought on “Want to be a leader? Try goalkeeper”